Revenge of the Jewdi – Recovered Edition 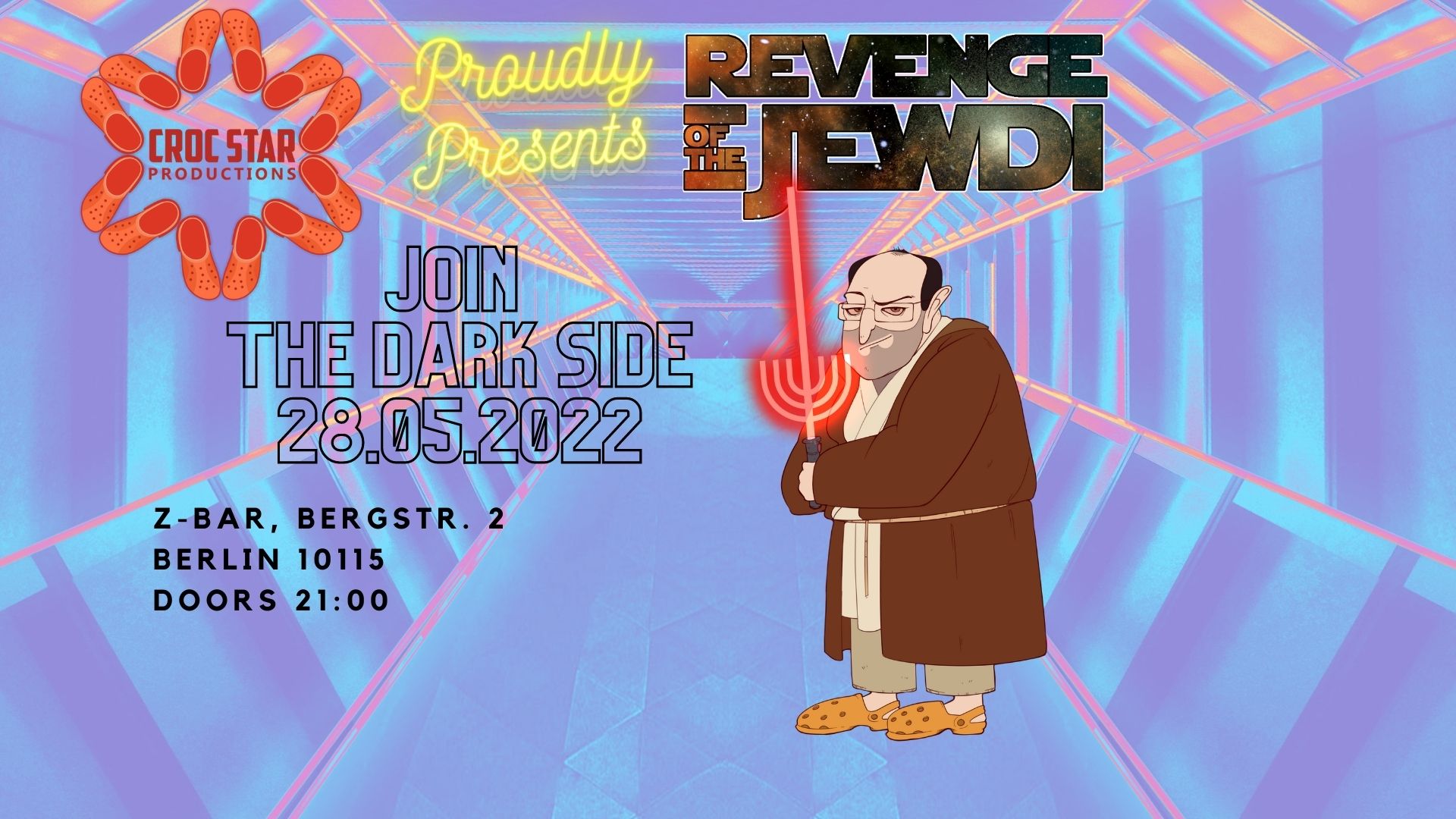 Since the show on 23/4/22 got a little… messed up due to COVID, this is a Recovered Edition of the show!

From the comedian who brought you The Berlin Offensive and Schindler’s Fist show (yes, these are real shows) – Berlin based Israeli comedian Nir Gottleid comes back to Berlin, with over an hour of the most horrifying and hilarious jokes a Jew in Germany dares tell on a stage.

Early bird tickets are available until 21.5.22 only!

After that standard online tickets are only €15 instead of €20 at the door.

I mean, it’s ok to poke a little fun at Germans, but Christ, remember what happened last time?

Nir Gottleid is an Israeli comic who has performed throughout the the United States, Europe and Israel. He has come to Germany to, as he says, “make Germans feel uncomfortable as a form of reparations”; he would prefer to date Germans to achieve his goal, but sadly German women have intelligence, common sense, and eyes — therefore he’s forced to do comedy instead.

His combination of dark humor, self-deprecation, and obscene “dad jokes” has been delighting and causing deep shame throughout his performances, and will likely leave him in stitches, because you are very likely to stab him after his set.Nir has performed stand up comedy in Germany for over 5 years; “Revenge of the Jewdi” is his first solo show and has been performed throughout Germany to… moderate acclaim.

SHOW STARTS: 9:30pm promptly. Please arrive by 8:45pm to ensure a smooth show! TO AVOID DISRUPTION, LATE ARRIVALS WILL NOT BE ADMITTED TO THE SHOW. Tickets that have not been checked-in by the show start will be invalidated and in-person arrivals may be admitted to accommodate for now shows.

PLEASE NOTE: This show explores themes hat may be uncomfortable to some viewers.

PLEASE ALSO NOTE: The event will observe the current required hygiene regulations. We don’t know what they are yet, but please be ready for them 🙂

We use cookies on our website to give you the most relevant experience by remembering your preferences and repeat visits. By clicking “Accept All”, you consent to the use of ALL the cookies. However, you may visit "Cookie Settings" to provide a controlled consent.
Cookie SettingsAccept All
Manage consent

This website uses cookies to improve your experience while you navigate through the website. Out of these, the cookies that are categorized as necessary are stored on your browser as they are essential for the working of basic functionalities of the website. We also use third-party cookies that help us analyze and understand how you use this website. These cookies will be stored in your browser only with your consent. You also have the option to opt-out of these cookies. But opting out of some of these cookies may affect your browsing experience.
Necessary Always Enabled
Necessary cookies are absolutely essential for the website to function properly. These cookies ensure basic functionalities and security features of the website, anonymously.
Functional
Functional cookies help to perform certain functionalities like sharing the content of the website on social media platforms, collect feedbacks, and other third-party features.
Performance
Performance cookies are used to understand and analyze the key performance indexes of the website which helps in delivering a better user experience for the visitors.
Analytics
Analytical cookies are used to understand how visitors interact with the website. These cookies help provide information on metrics the number of visitors, bounce rate, traffic source, etc.
Advertisement
Advertisement cookies are used to provide visitors with relevant ads and marketing campaigns. These cookies track visitors across websites and collect information to provide customized ads.
Others
Other uncategorized cookies are those that are being analyzed and have not been classified into a category as yet.
SAVE & ACCEPT